Former India captain and member of the 1983 World Cup – winning team Krishnamachari Srikkanth and former India women’s captain Anjum Chopra, one of India’s finest batswomen, will be the recipient of this year’s prestigious CK Nayudu Lifetime Award given by the BCCI.

The BCCI Annual Award function will be held in Mumbai on January 12 ahead of the first ODI against Australia on January 14.

The third Khelo India youth games will be held in Guwahati between 10th and 22nd of January 2020. Cycling and lawn ball have been introduced as new disciplines in the games. It will be advocating for the elimination of single-use plastics this time. The emphasis will be given to the responsible use of plastic material and proper collection and disposal of plastic waste.

The opening ceremony of the third Khelo India Youth Games will take place at the Indira Gandhi Stadium in Guwahati on January 10 before the athletes take part in their respective events in full flow. Six thousand five hundred athletes from 37 teams will take part in the event.

Assam CM Sarbananda Sonowal launched the torch relay of the competition in Guwahati, which will be carried to all district headquarters to elicit the cooperation of the people for the success of the Games.

Australia paceman Peter Siddle has announced his retirement from international cricket at the age of 35 after taking 221 wickets in a distinguished 67-Test career.

Siddle announced the retirement to his teammates at the Melbourne Cricket Ground after being released from the squad for the third and final test against New Zealand in Sydney.

He will continue to play domestic cricket for Victoria state and T-20 side Adelaide Strikers in the Big Bash League, along with English county cricket for Essex.

The 5th Ice Hockey Association of India (IHAI) National Ice Hockey Championship -2020 has begun in Leh, Ladakh. The tournament will continue till 7th January in Karzoo Ice Hockey Rink in Leh. In the inaugural match in Under-20 Boys category between Chandigarh and Haryana, the contest ended in a draw with 4 goals each.

Malavath Poorna, 18-year-old girl from Telangana has conquered Mt Vinson Massif, the Antarctica continent’s highest mountain peak (4,987 mts). She has become the first and youngest tribal woman in the world to set foot on the six tallest mountain peaks across six continents.

Thakkar was also world no. 1 in the Under-18 category in February 2018. He was part of the Indian men’s team which won a bronze medal in the 2018 Asian Games in Jakarta. 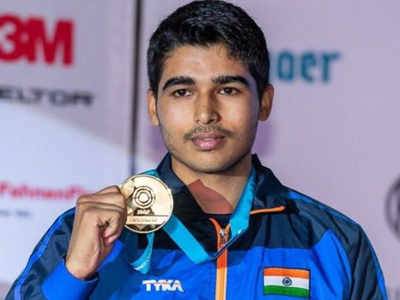 India's P Magesh Chandran wins the title in the 95th edition of the prestigious Hastings International Chess Congress at Hastings in England. France's Romain Edouard, who was the only player to end the tournament a half-point behind Chandran, took the second spot.

New Zealand's batsman Leo Carter has become the seventh batsman in the history of cricket to smash six 6s in an over. He achieved the feat in New Zealand's domestic T20 tournament Super Smash. Representing Canterbury, he smashed Knight's bowler Anton Devcich for six 6s in the 16th over of the innings.

Other 6 players who have achieved the feat are: Gary Sobers (West Indies), Ravi Shastri (India), Herschelle Gibbs (South Africa), Yuvraj Singh (India), Ross Whiteley (England) and Hazratullah Zazai (Afghanistan). Yuvraj is the only batsman to have scored six 6s in an international T20I.

Indian women weightlifter Sarbjeet Kaur has been banned for 4 years from the sport by the National Anti Doping Agency (NADA). This ban was imposed on her for involving in doping violation. The sample of Sarbjeet was collected during 34th Women Senior National Weightlifting Championship held at Vishakhapatnam. The Agency found her guilty of anti-doping rule violation.

Pujara was placed sixth, down one rung, with 791 points, while Rahane occupied the ninth spot after slipping a couple of positions with 759 points. In bowling, India’s pace spearhead Jasprit Bumrah, returning from an injury layoff, remained static at sixth position with 794 points, while spinner Ravichandran Ashwin (772 points) and seamer Mohammed Shami (771) were ninth and 10th respectively.

Ladakh women team has won the 7th National Ice Hockey Championship women trophy. The match was held at the Karzoo Ice Hockey Rink. In the final match, Ladakh scoring 2 goals against Delhi and won the tournament. The tournament was organised by the Ice Hockey Association of India (IHAI) in association with the Ladakh winter sports club. 4 women teams representing Chandigarh, Delhi, Maharashtra, and Ladakh participated in the tournament.

India women's hockey captain Rani Rampal has been nominated for the World Games Athlete of the Year 2019 award. Rani was instrumental in India qualifying for the first time in back-to-back Olympic Games.

The 25 athletes nominated for this award from 25 sports have been recommended by their international federations and in Rani's case, the FIH has recommended her name for the award for her outstanding performance and her ability to lead by example.

This will be the 6th edition of the WGA initiative that recognises and honours an athlete or a team for their outstanding performance or for their social commitment or particularly fair behaviour.

The International Cricket Council (ICC) declares the winners of the best cricketers every year to motivate the players for their best efforts. The winners of the ICC Awards are chosen by the panel of former players, elite umpire, match referee and veteran media persons. Some key awards are:

Indian team, under the captaincy of Priyam Garg, will look to defend the title when it begins its campaign against Sri Lanka at the Oval, Bloemfontein. India are placed in Group ‘A’ and will face New Zealand, Sri Lanka and Japan, who will be making their first-ever appearance in any World Cup.

India is the most successful team in the tournament, having won four titles till date, including the last edition in 2018. After playing Sri Lanka in their first group game, India will facedebutant Japan in their next group match on the 21st of this month.

Sania Mirza lifted the WTA Hobart International trophy at Hobart, Australia with partner Nadiia Kichenok after edging out Shaui Peng and Shuai Zhang in the final. The unseeded Indo-Ukrainian pair pipped the second seed Chinese team 6-4 6-4 in one hour 21 minutes.

It is Sania’s 42nd WTA doubles title and first since Brisbane International trophy in 2007 with American partner Bethanie Mattek-Sands. Sania did not compete on the WTA circuit in the entire 2018 and 2019 seasons to start a family with Pakistani cricketer husband Shoaib Malik.

Indian shooters Divyansh Singh Pawar and Apurvi Chandela have clinched a gold medal each in Meyton Cup in Innsbruck, Austria. While Divyansh won the gold in the men’s 10m air rifle event with an effort of 249.7, Auprvi bagged the metal in the 10m air rifle women’s category with a 251.4.

Deepak Kumar and Anjum Moudgil also a bagged bronze medal each in men’s and women’s 10m air rifle events respectively. Deepak shot 228 en route the bronze, while Anjum’s effort of 229 also fetched her a podium finish. The Meyton Cup is a private tournament where shooters go on their own to participate to gain experience before international events.

The bushfire relief match will take place ahead of the Big Bash final with the venue to be confirmed on January 31 after the Qualifier is played with the winning team hosting the final. Before that double-header, the Australia and India women's teams will play their tri-series match in Melbourne and it could be the city hosts the trio of matches if the Melbourne Stars secure the BBL final at the MCG.