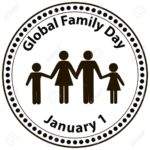 Global Family Day is celebrated every year on 1st January 2020 as a Day of Peace and Sharing.

The aim is to unite and spread the message of peace to make the world a better place to live for everyone.

It considers and promotes the idea that “Earth is a one Global Family”.

Government launched a web portal, ‘Central Equipment Identity Register (CEIR)’, in Delhi to facilitate blocking and tracing of stolen/ lost mobile phones. It has been undertaken by the Department of Telecom (DoT) for addressing security, theft and other concerns including reprogramming of mobile handsets.

The Election Commission has launched a Political Parties Registration Tracking Management System to enable applicants to track the status of the applications. The Commission had amended the guidelines for registration last month.

Applicants, applying for the party registration from 1st of this month will be able to track the progress of applications and will get the status through SMS and e-mail. An association seeking registration has to submit an application to the Commission within a period of 30 days from the date of its formation.

Palau’s pioneering officially enacted ban on “reef-toxic” sunscreens. From New Year’s day, any reef-toxic sunscreen imported or sold in Palau will be confiscated and the owner will be fined. Along with the ban, Palau’s much-touted marine sanctuary came into effect on January 1.

Palau is renowned for its marine life and is regarded as one of the world’s best diving destinations. But, the government is concerned this poses an environmental cost. President Thomas Remengesau stated there was scientific evidence that chemicals found in most sunscreens were toxic to corals.

This closes 80 per cent of its exclusive economic zone to fishing and other marine activities including mining and shark finning. It follows Palau’s establishment of the world’s first shark sanctuary in 2009.

According to UNICEF, an estimated 392,078 babies were born around the world on New Year’s Day, with India recording the highest number of these births worldwide at 67,385. China comes in second with 46,299 births.

“The beginning of a new year and a new decade is an opportunity to reflect on our hopes and aspirations not only for our future, but the future of those who will come after us,” UNICEF Executive Director Henrietta Fore stated

The Reserve Bank of India (RBI) launched a mobile app 'MANI' (Mobile Aided Note Identifier) for the visually challenged to identify the denomination of a note by using the application, which can also work offline. Through the downloaded app, users can scan the notes using the camera, the audio output will give the result in Hindi and English.

The app, which is available both on Android and iOS operating systems, was launched by RBI Governor Shaktikanta Das and other officials on Wednesday, 1st Jan 2020.

E-commerce giant, Flipkart has announced a tie-up with the Ministry of Housing and Urban Affairs under Deendayal Antyodaya Yojana — National Urban Livelihoods Mission (DAY-NULM) to train, support and provide market access to artisans, self-help groups (SHGs) and those who deal with raw, organic food production, with the aim to help small businesses explore wide markets.

The e-commerce firm will collaborate with state missions under the DAY-NULM to establish the Flipkart Samarth program in 22 states in the country. It will provide time-bound incubation support to the sellers including cataloguing support, account management support and more.

The Food Safety and Standards Authority of India (FSSAI) has launched ‘Verified Milk Vendors Scheme’ in Gujarat with an aim to cover milk producers and milk vendors under the regulation net and monitor through a verification programme.

Under the new scheme, all the unorganised milk producers and vendors in Gujarat will be issued identity cards by taking their registration.

The famous 11-day long ‘Dhanu Jatra’, considered as the largest open-air theatre festival of the world, that finds a mention in the Guinness Book of World Records, begins at Bargarh in western Odisha. The annual festival came into being in 1947-48 to celebrate Indian’s Independence and to symbolize the victory of good over evil.

The department of Culture of the Government of India has accorded National Festival status to Dhanu Jatra in November 2014.

The Odisha government has launched a unique “people-friendly” project to provide official documents such as income, residence and similar other certificates online without any fees and without visiting government offices. The e-certificate project launched by Chief Minister Naveen Patnaik for the Revenue and Disaster Management department as part of the 5T model of governance aims at benefiting over 5 million applicants annually, revolutionising peoples life.

Patnaik also launched “Pauti”, an App to facilitate online payment of land revenue and people need not visit government offices for the purpose. They can download the application and make payment.

Haryana chief minister Manohar Lal Khattar inaugurated the state’s first Atal Kisan-Mazdoor canteens( Atal Canteen) constructed by the Haryana State Agricultural Marketing Board at a cost of Rs 4 lakh. It is very pocket friendly as farmers and labourers coming to the mandi will get a wholesome diet from the canteen at a price of Rs 10. The food will include four rotis, pulses, vegetables and rice

The canteen will function from 11am-3pm everyday and for now, it has the capacity to serve 300 persons. Ten women from a self-help group (SHG) have been appointed to prepare the food.

Kerala Travel Mart (KTM) Society is set to implement the initiatives under the nascent Green Cochin Mission as its major policy programme to speed up the ongoing efforts to free Kerala’s top tourist city of waste.

The Green Cochin Mission is aiming, among others, to rejuvenate the city’s canals and check encroachment so as to achieve its zero pollution of soil and water alongside greening Kochi. Its social media wing, too, is working full swing, while trying to rope in taxi and auto-rickshaw drivers besides roadside vendors.

An order issued by the Union home ministry said Deswal, a 1984-batch Haryana cadre IPS officer, will hold the CRPF charge, till the appointment and joining of the successor or until furtherorders, whichever is earlier.

Bhatnagar, is retiring after heading the Central Reserve Police Force for over 2.5 years. He was appointed CRPF Director General (DG) in April, 2017.

The Appointments Committee of Cabinet (ACC) has approved re-employment of Vinod Kumar Yadav as Chairman, Railway Board for a period of one year w.e.f January 1, 2020.

He has been reappointed as Chairman Railway Board, in the rank of Ex-Officio Principal Secretary to Government of India.

Centre appoints Rohan Shah as Governor on ERIA Board

Ministry of Commerce and Industry has appointed Rohan Shah, a practicing counsel at the Supreme Court, as India’s Representative and Governor on the board of Economic Research Institute for ASEAN and East Asia (“ERIA”), for a period of three years. The Board of ERIA meets once in every six months in Jakarta and then in Japan.

Shah had previously been associated with India’s WTO trade negotiations as an Industry Representative, including, with Arun Jaitley (the then Minister of Commerce) at Cancún in 2003. India’s previous nominees as Governor have included Ratan Tata, Rajiv Kumar (currently Vice-Chairman, NITI Aayog) and economist Ajit Ranade.

Former India captain and member of the 1983 World Cup – winning team Krishnamachari Srikkanth and former India women’s captain Anjum Chopra, one of India’s finest batswomen, will be the recipient of this year’s prestigious CK Nayudu Lifetime Award given by the BCCI.

The BCCI Annual Award function will be held in Mumbai on January 12 ahead of the first ODI against Australia on January 14.

Sanjay Gupta, the editor-in-chief of ”Jagran”, will be honoured with the ”Lokmanya Tilak National Journalism Award” for his contribution to the field of journalism. The award, instituted by the Kesari Maratha Trust, will be conferred on in Pune, coinciding with the 139th Foundation Day of ”Kesari” — the newspaper started by Lokmanya Tilak.

The award consists of Rs 1 lakh and a memento. Earlier, this award has been conferred upon well-known journalists and editors such as Vir Sanghvi, N. Ram, H. K. Dua, Vinod Metha and Siddharth Varadarajan. 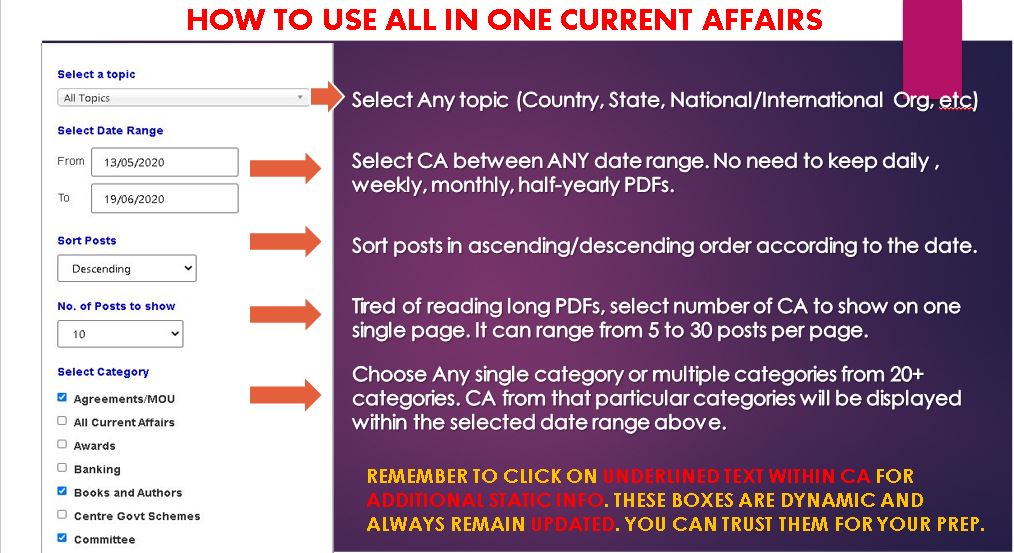