‘Karmayoddha Granth’ a book on the life of PM Modi launched

Union Home Minister, Amit Shah released a book ‘Karmayoddha Granth’ on the life of Prime Minister Narendra Modi. A ‘Karmayoddha’ is a man with a beating heart for people, a statesman, a hard taskmaster, an able administrator and an ideal leader who leads by example. All these qualities have been personified by Narendra Modi.

A book of essays and reminiscences on Nani A Palkhivala has been released to mark the birth centenary of the noted jurist and economist. The book was released on January 16.

The book, commissioned by the Nani A Palkhivala Memorial Trust, is published by LexisNexis publicat and edited by senior advocate Arvind Datar. All the royalties from the book will go to the trust.

The book, ”Essays and Reminiscences”, is primarily divided in two parts — essays written in honour of Palkhivala on a variety of subjects and reminiscences of those who knew and interacted with the late jurist closely.

Former India cricketer and the current coach of the Indian women’s team, Woorkeri Venkat Raman’s book ‘The Winning Sixer’ was unveiled by Indian cricketer Abhinav Mukund at Higginbothams in Chennai. The book is published by Rupa Publications, India.

Anil Radhakrishna Kumble a former India Captain, P.Madhavan, Executive Vice-President, TVS Tyres and Rahul Dravid (former Indian Cricketer) were also present at the book launch event. Raman revealed that in the book he has focused more on his journey to the top rather than just the winning moments from the lives of successful people.

During a session moderated by cricket journalist V. Balaji, Raman spoke about the leadership potential within every individual. Introspecting his own cricketing life and his interactions with various sportspersons from the yesteryear, the book sees him bring out his perspectives on one’s ability to lead and the importance of leadership.

The launch of former Union minister Ashwini Kumar’s book ‘Human Dignity — A purpose in perpetuity’ , Singh stated institutions of “our liberal and libertarian democracy” have been put to test on several occasions when fundamental freedoms were threatened.

The book is published by US based publisher Lexis Nexis. The books portrays the author’s view on issues related to freedom, dignity and justice faced in society. Former Vice-President Hamid Ansari also took part in this occasion. 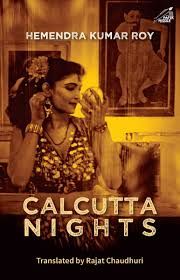 Calcutta Nights, a Bengali Novel has been written by Rajat Chaudhuri, an Indian novelist and short story writer which is an English translation of Bengali fiction, ‘Raater Kolkata’ originally written by writer Hemendra Kumar Roy in 1923.

Vice President launches the book ‘A Child of Destiny’ 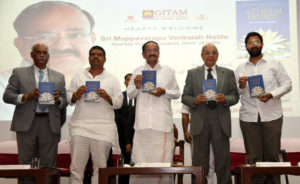 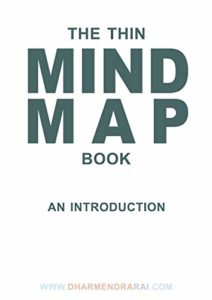 “The Thin Mind Map Book” authored by a mind mapping & brain literacy pioneer Dharmendra Rai, was released recently. The book targets to give people an experience in mind mapping and making them expert through reading and doing all the experiential exercises mentioned in the book.

Haryana CM launches the book “A Commentary and Digest on The Air, Act 1981” 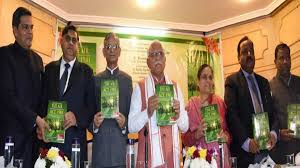 ‘Death: An Inside Story’ book launched by Venkaiah Naidu 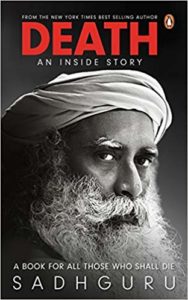 The Vice President of India M Venkaiah Naidu launched the book titled ‘Death- An Inside Story: A book for all those who shall’ written by Jaggi Vasudev, but famously known as Sadhguru, Founder of Isha Foundation. 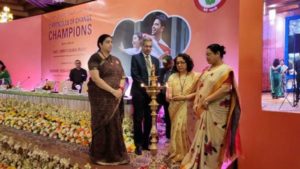 Union Minister for Women and Child Development Smriti Zubin Irani has launched a book titled “Chronicles of Change Champions” in New Delhi. The book is a compilation of 25 innovative initiatives taken at the state and district levels under the Prime Minister’s flagship scheme of Beti Bachao, Beti Padhao which was launched by Prime Minister Narendra Modi on 22nd January 2015 at Panipat, Haryana. 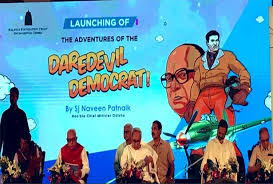 A comic book titled “The Adventures of the Daredevil Democrat’ has been launched by the chief minister of Odisha Naveen Patnaik on the occasion of the 104th birth anniversary of former Odisha CM Late Biju Patnaik in Bhubaneswar, Odisha. The book deals about the life and works of legendary leader and Naveen Patnaik’s father Biju Patnaik.

An Extraordinary Life: A biography of Manohar Parrikar 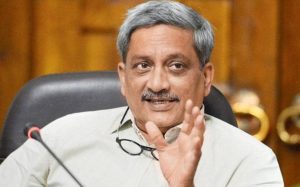 “My Encounters in Parliament” written by Bhalchandra Mungekar released 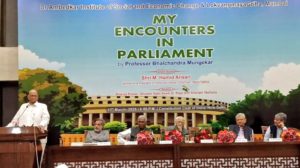 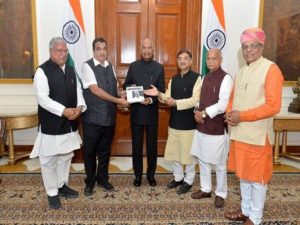 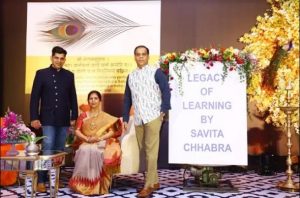 Chander Suta Dogra writes a book titled- “Missing in Action: The Prisoners Who Never Came Back” 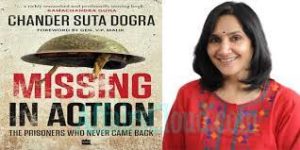 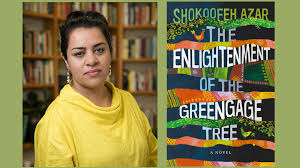