The Corporation and HDFC Ergo have received all requisite approvals for the acquisition including competition commission of India (CCI), Reserve Bank of India and the last being from Irdai on 1 January. Post the completion of the proposed acquisition, Apollo Munich will be merged with and into HDFC Ergo, subject to approval from the Mumbai bench of National Company Law Tribunal.

In June 2019, HDFC had agreed to acquire the entire 8% stake of Apollo Hospitals Group in a health insurance joint venture with German reinsurer Munich Re Group as part of its strategy to tap this potential growth market.

Lakshmi Vilas Bank (LVB) has appointed S Sundar, its chief financial officer, the interim managing director (MD) and chief executive officer (CEO) effective January 1, 2020. As part of this, he resigned from the post of CFO.

He has also been appointed an additional director of the bank. In August 2019, the bank’s MD & CEO, Parthasarathi Mukherjee, resigned from the position and the post was lying vacant since then. 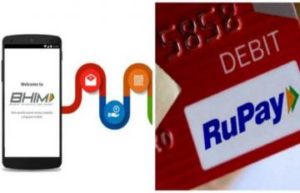 To boost the digital payments, the government has stated that all businesses with a turnover of Rs 50 crore or more have to operationalise payments through Rupay and Bhim UPI, failing which they have to pay a hefty penalty of Rs 5,000 per day from February 1.

The surge has gone in favour of private sector players such as Paytm, Google Pay and PhonePe, which dominate the UPI space as most of the transactions are done via these platforms. Government-run BHIM, which also uses UPI, still trails its private sector peers.

However, after this Central Board of Direct Taxes (CBDT) notification comes into place, the market will tilt in favour of Rupay and Bhim, with both expected to see a major boost. The CBDT notification says that business establishments with an annual turnover of more than Rs 50 crore, shall offer low-cost digital modes of payment (such as BHIM UPI, UPI QR Code, Aadhaar Pay, Debit Cards, NEFT, RTGS etc.) to their customers, and no charge or Merchant Discount Rates (MDR) shall be imposed on customers and merchants. 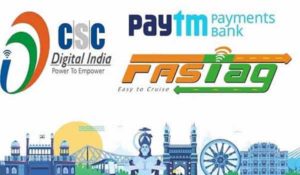 Common Service Centres (CSC) e-Governance Services India has signed a memorandum of understanding with Paytm Payments Bank Ltd (PPBL) for sale of FASTags. The agreement will facilitate the sale of PPBL FASTags through the last mile network of 3.6 lakh CSCs, helping realise the government’s vision of cashless and smooth transit at all toll plazas across the country.

FASTags which work on Radio Frequency Identification (RFID) technology have been made mandatory at toll gates on national highways. The FASTag process allows toll payments directly from the prepaid or savings account linked to it, thus doing away with the need for waiting in queues, saving time and fuel. 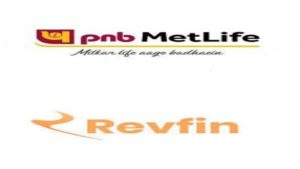 India’s leading Digital lending startup, RevFin has joined hands with PNB MetLife India Insurance Company to offer protection to the RevFin’s customers by bundling life insurance cover on their loans. This insurance covers loans up to ₹3 lakh for a period of 3 years.

The collaboration will help PNB MetLife to reach out to unbanked areas & drive greater financial inclusion in the country by securing the families of the borrowers against loan repayment in case of unfortunate death of the borrower.

The “in-principle” approval granted will be valid for 18 months to enable the applicant to comply with the requirements under the Scheme, the Guidelines for ‘on tap’ Licensing of Small Finance Banks in the Private Sector and fulfil other conditions as stipulated by the RBI. On being satisfied that the applicant has complied with the requisite conditions laid down by RBI as part of “in-principle” approval, the RBI would consider granting it a licence for commencement of banking business under Section 22 (1) of the Banking Regulation Act, 1949 as a SFB.

The Indian bank has signed a Memorandum of Understanding(MoU) with Women Entrepreneurs Welfare Association (WEWA) of Tamil Nadu(TN) to provide training and credit linkage to its women entrepreneurs to establish business.

Digital payments player PayPal has unveiled a new adoption assistance programme aimed at enhancing the parental support benefits for employees. The new policy will offer financial support of upto Rs one lakh per adoption for adoptive parents. This covers reimbursement of adoption expenses such as CARA registration, child placement, foster care and establishment of legal guardianship.

PayPal stated that it offers paid adoption leave of 16 weeks for female employees and paternity leave of two weeks. The move is a part of the company’s endeavour to ensure a work-life balance for employees keeping in mind the evolving family dynamics and work culture

Retinuz, an Android mobile application using artificial intelligence, can rightly identify the denomination of the newly introduced currency notes for visually challenged at a single tap. It can be downloaded for free from Google Play Store.

Retinuz comes alongside Reserve Bank’s MANI (Mobile Aided Note Identifier). Both apps scan currency notes, identify them and read out the information, but Retinuz can be used offline, unlike MANI. Retinuz works at night as well, as the app automatically switches on the torch on the mobile phone to scan the currency notes. The app scanner reads the colour pattern and width of the printed denomination for identification.

The Reserve Bank of India (RBI) has enabled select banks in India to offer round-the-clock (24×7) trading in the Indian rupee to allow Indians to safeguard their foreign exchange (Forex) risks at any time. The select banks in India offered Indian customers foreign exchange rates only in inter-bank market hours from 9 am – 5 pm. This decision will also make the offshore currency markets in countries like Dubai & Singapore less attractive for Indian investors.

In the third special open market operation in many weeks, the Reserve Bank of India (RBI) bought three long-term securities worth 10,000 crore rupees each while selling the same amount of three short-term bonds.The RBI had announced simultaneous purchase and sale of Government Securities (G-Secs) under Open Market Operations (OMOs) for 10,000 crore rupees each.

Though the RBI offered to sell four securities in the auction, it accepted bids for three bonds. In the current OMO purchase auction, the RBI offered to purchase three securities including 10-year benchmark government bond, as against just one bond in the previous two auctions. It got bids worth 64,505 crore rupees for the three bonds but choose to accept only bids of 10,000 crore rupees under the OMO purchase auction.

They intend to further strengthen the  liability franchise with a focus on growing the  retail deposit and CASA deposit base to provide with a stable and low-cost source of funding. Premature closure of accounts and partial withdrawal is also permitted for senior citizens.

The State Bank of India has announced 'residential builder finance with buyer guarantee' (RBBG) scheme. The aim of the scheme is to giving a push to residential sales and improve homebuyers' confidence.

The scheme will focus on affordable housing projects priced up to 2.50 crore rupees in 10 cities initially. Under this scheme, the guarantee would be given by the bank until the project gets the occupation certificate (OC).

Deutsche Bank has projected that Indian economy will reach $7 trillion by 2030. The estimation was stated by Deutsche Bank in its research report "Imagine 2030". According to the report, India will grow with the Nominal GDP growth rate of just over 10% in the next decade. Indian economy is presently valued at $3 trillion.

India’s economic growth may remain below potential in the near term. However, ongoing government measures are expected to provide a major push to its potential in the future. The decision to reduce corporate tax rate will likely incentivise greater foreign direct investment flow into the country and support private investment.

Digital payments firm Paytm announced the launch of its all-in-one QR for merchants across the country. This QR will enable merchants to accept unlimited payments through Paytm Wallet, Rupay Cards and all UPI-based payment apps directly into their bank account at zero per cent fee. The platform offers a single reconciliation of all payments through its ‘Paytm for Business’ app.

Owned by One97 Communications Limited, the mobile wallet company currently enjoys 54 per cent market share of mobile payments for merchants. The all-in-one QR is a must-have business tool as it is only payment QR that allows merchants to accept payments from Paytm wallet, all UPI apps, and cards. The new smart device for payment processing ‘soundbox‘ is one of the QR merchandise that allows the merchants to hear confirmation of payment receipt, which supports all payment modes and multiple languages.

Sale of Electoral Bonds at Authorised Branches of SBI

State Bank of India (SBI), in the XIII Phase of sale, has been authorised to issue and encash Electoral Bonds through its 29 Authorized Branches w.e.f. 01.2020 to 22.01.2020. As per provisions of the Scheme, Electoral Bonds may be purchased by a person who is a citizen of India or incorporated or established in India. A person being an individual can buy Electoral Bonds, either singly or jointly with other individuals.

Only the Political Parties registered under Section 29A of the Representation of the People Act, 1951 (43 of 1951) and which secured not less than one per cent of the votes polled in the last General Election to the House of the People or the Legislative Assembly of the State, shall be eligible to receive the Electoral Bonds.

myApps will allow institutions to customise their branding and content. One can publish their application on the Google PlayStore or Apple AppStore in the name of the institution, myApps will be free to all members of each institution. There will be no monthly subscription charges. Members can pay monthly bill or fee and make an online booking for different facilities via myApps.

myApps will enable the organisation to get easy access to reports on payments, facilities booked by members, requests and complaints registered by users. They can also use the app to broadcast notices and engage with members on various events. There are also no restrictions on the number of users.

The Reserve Bank of India (RBI) was the sixth largest gold buyer abroad in the year 2019, as per the World Gold Council (WGC) report titled, “World Gold Outlook 2020”. The RBI currently holds 625.2 tonnes of gold, which is 6.6 percent of its forex reserves.

RBI bought 7.5 tonnes of gold in October 2019, to increase its foreign exchange reserves to $450 billion. The central banks of China, Russia, Kazakhstan, Turkey, Poland bought more than India in 2019 respectively.