Palau’s pioneering officially enacted ban on “reef-toxic” sunscreens. From New Year’s day, any reef-toxic sunscreen imported or sold in Palau will be confiscated and the owner will be fined. Along with the ban, Palau’s much-touted marine sanctuary came into effect on January 1.

Palau is renowned for its marine life and is regarded as one of the world’s best diving destinations. But, the government is concerned this poses an environmental cost. President Thomas Remengesau stated there was scientific evidence that chemicals found in most sunscreens were toxic to corals.

This closes 80 per cent of its exclusive economic zone to fishing and other marine activities including mining and shark finning. It follows Palau’s establishment of the world’s first shark sanctuary in 2009.

President of Nepal Bidhya Devi Bhandari, launched the “Visit Nepal Year 2020” campaign during the ceremony held at historic Dasaratha Rangashala in Kathmandu. Mythical creature Yeti has been selected as mascot of the campaign.

Nepal is one of the World’s fascinating tourist destination and the government has a goal of making tourism one of the key pillars of the Nepali economy. The ambitious campaign was launched in all the seven provinces of Nepal aiming to promote tourism in Nepal and to attract 2 million tourists in 2020. .

Iran’s top commander General Qassim Soleimani has been killed in a U.S. drone strike in Baghdad. Soleimani, who led a special forces unit of Iran’s elite Revolutionary Guards, has been a key figure of Iranian and the Middle East politics.

His death exacerbated already-high tensions between Iran and the United States and triggered concerns of retaliation from Iranian forces. After the news of Soleimani’s death, oil prices jumped more than 4% and fuelling fears of a conflict in the crude-rich region.

Former US Secretary of State Hillary Clinton has been appointed the new chancellor of Queen’s University in Belfast, Ireland for a five-year term.

The position of chancellor has been vacant since the death in 2018 of Thomas J Moran, chairman, president, and chief executive of Mutual of America Life Insurance Company.

Clinton, who has been a regular visitor to Northern Ireland going back to the first visit of President Bill Clinton in 1995, becomes the university’s first female chancellor.

In a separate survey by OAG Aviation Worldwide Ltd, PT Garuda Indonesia was crowned 2019s most punctual Panama’s Copa Airlines SA ranked second. Japans Skymark Airlines Inc, Hawaiian Airlines Inc and Latam Airlines Group SA rounded out the top five. Among the major United States (US) carriers, Delta Air Lines Inc was the only one to make it into the top 20.

Soleimani was killed in a pre-dawn US strike in Baghdad. Qaani was one of the most decorated commanders of the Guards during the 1980-88 Iran-Iraq war.

2020 designated as “Year of Nurse and Midwife” by WHO

The World Health Organization designated the year 2020 as the “Year of Nurse and Midwife” in the honour of 200th birth anniversary of Florence Nightingale.

The year is being dedicated to the nursing, midwifery as well as WHO is also a partner of The State of the World’s Midwifery Campaign, to achieve Universal Health Coverage.

The organization is leading the development of “World Nursing Report” that is to be launched in 2020. The report is first of its kind.

Neutral pronoun ‘they’ voted Word of the Decade 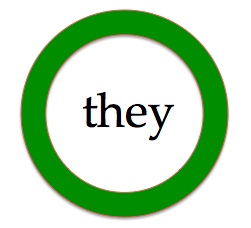 “They” is used in English by a growing number of non-binary individuals, people who do not identify as either male or female. They prefer the plural neutral pronoun to bypass using the pronouns “he” or “she”.

Malala Yousafzai declared as ‘Most Famous Teenager of The Decade’ 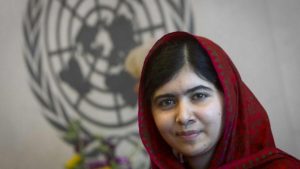 The United Nations has declared Pakistani education activist and Nobel laureate Malala Yousafzai as “Most Famous Teenager of The Decade”. The revelation has been made in its ‘Decade in Review’ report.

Malala is working towards children’s rights ever since she was a teenager. In recognition of her efforts, she was awarded the Nobel Peace Prize in 2014 and also become the youngest recipient of the award.

United States President Donald Trump has signed the 2020 National Defense Authorization Act. With the signing of the act, US has authorised the establishment of US Space Force. The US Space Force will become the 6th branch of the armed forces.

The Space Force would become the youngest US military branch, and the first new service since the establishment of the US Air Force back in 1947. It would be a part of the Department of the Air Force and will be funded by an initial $40m for its first year. It will be led by Air Force General Jay Raymond.

The UAE Cabinet has approved the issuance of a five-year multi-entry tourist visa for all nationalities visiting the country. The decision was made during the Cabinet’s first meeting of 2020. The move comes in a bid to support the UAE’s tourism economy, and affirm the country’s position as a global tourist destination.

The country receives 21 million tourists annually and their aim is to establish the country as a major global tourist destination. The decision is also likely to benefit the near and dear ones of the lakhs of expat population staying in UAE.

Finland’s newly elected Prime Minister has proposed a four-day working week arguing that such a measure will enable people to spend more time with their families. Marin, 34, who is the world’s youngest Prime Minister is a social democrat, assumed office in December and leads a coalition that includes greens, leftists and centrists.

She also added that the standard working day should be reduced from eight to six hours. The working week in Europe has gone through a significant transformation over the 20th century but change has been slower in recent decades with the five-day week and eight-hour workday becoming the standard benchmark.

Milanovic, the Social Democrat candidate, took 52.7 percent of the vote, while President Kolinda Grabar-Kitarovic garnered 47.3 percent. Milanovic who will take office on 19 February, will have a higher profile as President than usual, as Croatia has just taken over the rotating presidency of the European Union for six months.

Spanish Socialist Party (PSOE) leader Pedro Sánchez was sworn in as Spain's Prime Minister a day after his proposed coalition with a left-wing party narrowly slipped through a vote in Parliament. Sánchez decided to forgo religious symbolism and took oath over the Constitution on the presence of King Felipe VI, the head of state. It is the second time in less than two years that the socialist leader has been sworn-in as prime minister.

The Indian Embassies located in other countries outside India celebrates World Hindi Day by organizing special programs. Various government and non-government institutions organise unique programs for the promotion of Hindi.

The longest-serving ruler of Oman Sultan Qaboos bin Said al Said passed away. He was a charismatic and visionary leader who transformed Oman into a modern and prosperous nation. He was ruling Oman since 1970. The Sultan is the prime decision-maker in Oman and also holds the portfolio of Prime Minister, supreme commander of the armed forces, minister of foreign affairs, minister of finance and minister of defense.

The first phase of the world’s second largest Muslim congregation after Haj begins in Dhaka, Bangladesh. Thousands of devotees from Bangladesh and abroad are thronging the bank of river Turag at Tongi near Dhaka to participate in the congregation called Bishwa Ijtema. The Ijtema began with the ‘aam bayan’ and will end on January 12 with the final prayers ‘Akheri Munajat’. The second phase of Bishwa Ijtem will take place between January 17-19.

China’s navy commissioned its biggest and most advanced surface warship yet, the 'Nanchang' guided-missile destroyer, on Sunday morning in the port city of Qingdao.

The Trump administration formally removed China’s designation as a "currency manipulator" on Monday, offering a major concession to the Chinese government as senior officials arrived in Washington to sign a trade agreement with President Trump.

The Treasury Department released its long-delayed currency report, providing its first public analysis of China’s currency practices since it designated China a manipulator in August. The report noted that China — which Mr. Trump had accused of weakening its currency, the renminbi, to make its goods cheaper to sell overseas — had made important commitments regarding the renminbi as part of the new trade agreement and that its value had appreciated since September.