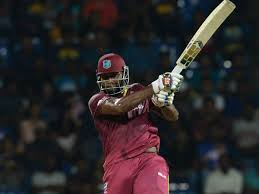 West Indies skipper Kieron Pollard has been declared as the 1st player in the history of T20 (Twenty20) cricket to feature in 500 matches during the field against Sri Lanka for the first T20I in Pallekele, Srilanka. The jersey had the all-rounder’s name at the back along with the number 500. Dwayne Bravo is second in the list with 453 matches under his belt so far. Chris Gayle is at the third spot in the list as he has featured in 404 T20 matches.